swearing in books – why writers shouldn’t be afraid of swearing 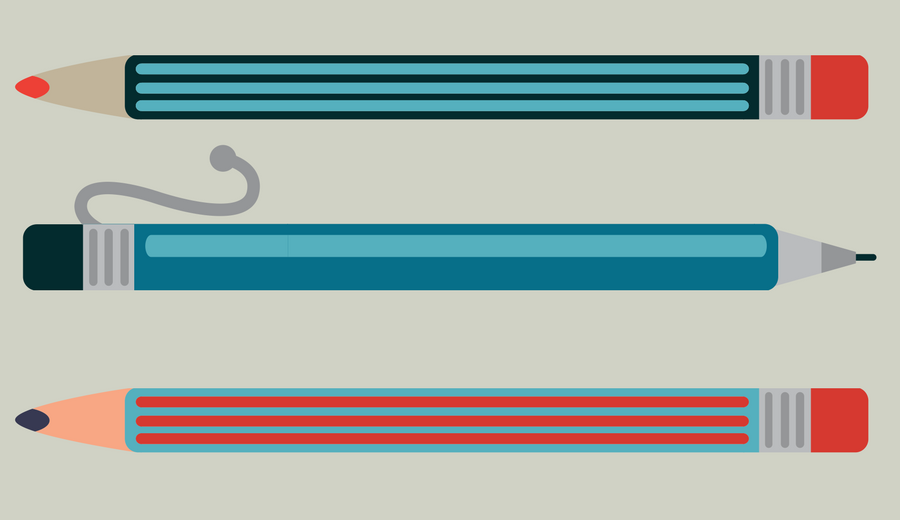 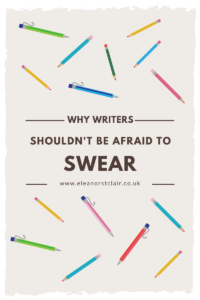 I have written things in my life that have made a lot of people very angry, who have left comments letting me know how angry they are. But one thing that really gets on my nerves are comments about swearing. Here is an example.

“By the way, I would suggest that you try a little harder to avoid foul language if you have serious aspirations of becoming a professional writer. Resorting to profanities is both unbecoming and unnecessary.”

Apart from the obvious grasping at straws from this commenter, who couldn’t find a real reason to disagree with my post, I disagree with this sentiment. I feel that limiting our language and being unable to use words is restricting to us as writers and as such, swearing is wholly necessary. And so I decided to do a little more research into this and explore the world of swearing and writing.

A short disclaimer before you read any further. There’s a time and a place for swearing. In front of children, in a place of work or around people you know will find it offensive (my parents/grandparents come to mind) is not the time or place. The reasons we swear define us as individuals. If you swear only to cause unnecessary offence to people, that isn’t saying very much about you! Swear words are powerful, and we should use them when there are no other words to express our anger.

Some Interesting Facts About Swearing.

Swearing acts as a hypoalgesic. A study at Keele University found that swearing increased pain tolerance and decreased perceived pain compared with not swearing.

It makes you feel stronger. The same study found that swearing downplays people’s weaknesses to make them seem stronger than they are. Which could be interesting to read into, like, people who swear aren’t as strong as they seem…but let’s face it, when you are really scared or angry, sometimes hiding your weakness does do you some good!

Films with swearing are more engaging. A lecturer from the University of Sydney, Monika Bednarek, examined television hits in the US and realised that shows with more swearing got more hits.

People in the “rising middle class” use less profanity. Medieval literature expert Melissa Mohr explained that they typically swear the least because of the idea that you are in control of your language and your deportment, and therefore are aware of social rules.  The upper classes meanwhile have been shown to swear more as they have a secure position in society, so they can say whatever they want.

Obscene words weren’t such a big deal in the middle ages. Sexual and excremental words were not as charged as people lived in much closer quarters, often sharing the same beds and using toilets at the same time. They were far more open about their bodies and so the mention of them was less scandalous.

So should authors swear?

Well…that depends. Are you writing for children or young adults? Then definitely not! It won’t even get published. Are you writing literary fiction, or historical fiction? Again, might be best to stay clear, unless your character has a really good reason. Are you writing new adult, detective or war novels? Go for it! Swear and cuss.

Basically, what I’m saying, is do what is right for your audience, for your character and for your genre. But most importantly? Do what is right for you! I personally am a huge fan of swear words and I am writing a new adult book about a girl in her mid twenties who is a compulsive liar. She swears. A lot. But there are characters in the book who don’t swear at all, and as I am writing in third person limited, the only swearing is in dialogue. Otherwise, I write “Erica swore”.

How to swear in novels

Some of my favourite quotes about swearing

“How do people, like, not curse? How is it possible? There are these gaps in speech where you just have to put a “fuck.” I’ll tell you who the most admirable people in the world are: newscasters. If that was me, I’d be like, “And the motherfuckers flew the fucking plane right into the Twin Towers.” How could you not, if you’re a human being? Maybe they’re not so admirable. Maybe they’re robot zombies.”
― Nick Hornby, A Long Way Down

“Life’s disappointments are harder to take when you don’t know any swear words.”
― Bill Watterson

And my absolute favourite? From a children’s trilogy I thoroughly recommend-

“Charlie wanted to swear. ****, he thought, remembering how his father had told him that one reason you shouldn’t swear is because then when you really need a strong word to express a strong feeling you would have none strong enough left.”